Today I started with a drive into Seattle to see the Space Needle. Seattle reminds me a lot of San Francisco, a beautiful city built on hills. The people I talked to said the cost of living was also expensive like San Francisco. I doubt I’ll be moving there soon.
The Space Needle itself was wonderful, fantastic views of the city and bay area. This was the farthest I’ll be away from home.
Traveling east through the Cascade Mountains you see one green hill after another the area is so pretty. I also learned that if a mountain in Washington is snow-capped in June, it’s a volcano. There are ten in Washington.
The green ends abruptly going east of the mountains. Like eastern Oregon and California, eastern Washington is a rain-shadow desert, meaning the rain is blocked by the mountains. The east is rolling hills and farmland with lots of rivers which are used for irrigation.

Seattle skyline from the Space Needle. 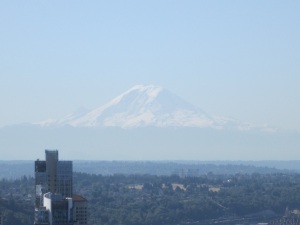 Mt. Reiner from the Space Needle 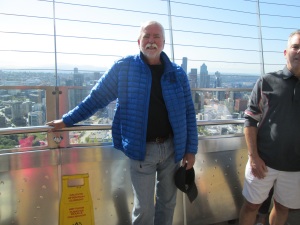 Look at the tourist in the coat, everyone else was a local in shorts. 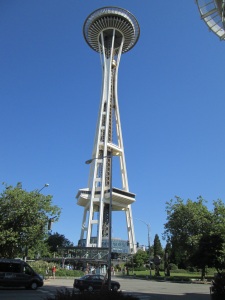 This is as far west as I go. 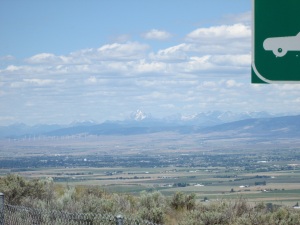 Five minutes before I took this I was in a Forrest. 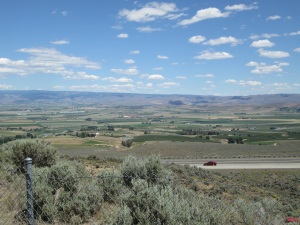