Oh No! I forgot to get a picture of a Virginia sign! No problem due to the odd way the borders line up I’ll be in Virginia again tomorrow.

I know I have said this before but the best things are just what shows up on the side of the road that you had no idea was in the area. Today I saw several Civil War battlefields, James Madison’s home “Montpelier”, and the New River Gorge. I didn’t even know there was a New River.

So a short history lesson, Madison was the 4th president (1809-1817) during the war of 1812, but is probably more famous for his wife Dolly. Ms. Madison was the first to be known as The First Lady, and to be a “public” family member.

I’ve spent lots of time in West Virginia with my work and I have yet to see an ugly place here. 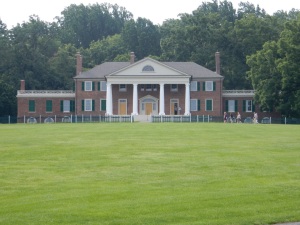 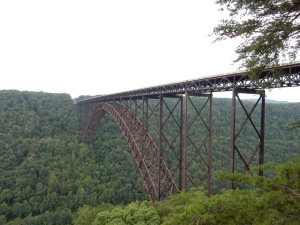